Este producto ya no está disponible


The two Abu Simbel temples were built in Nubia in the southern part of Egypt near the Sudanese border during the reign of the great pharaoh Ramses II (1279 – 1213 B.C.) from approximately 1264 until 1244 B.C.

Carved into the rock of the hills near the Nile River the twin temples were monuments to celebrate the successful battle of Kadesh and as lasting memory to bothRamses IIand his wifeNefertari.

Over the centuries the temple complex became covered by the desert sand and finally was forgotten.

It was only in 1813 that the Swiss explorer and OrientalistJohann-Ludwig Burckhardtrediscovered the top part of the larger temple. Legend tells that a local boy by the name ofAbu Simbelguided Mr. Burckhardt to the site. In the following years, the Italianexplorer Giovanni Belzoniexplored the site and found the entrance to the temple. The sketches and paintings of the site made by the famous Scottish painterDavid Robertsduring his voyages to Nubia in 1838/39 helped to make the site known to Victorian society and contributed to the excitement and the fashion for everything Egyptian.

When the Egyptian government started to build the high dam in Aswan in 1960, the rising waters of the newly created Lake Nasser threatened to destroy the Abu Simbel site. The UNESCO appealed to the world and a multi-national rescue was started in 1964, successfully relocating the whole site 200 metres back from the river and 65 metres up the mountains. By 1968, the entire complex had been moved and the temples were saved.

An interesting astrophysical phenomenon appears twice a year, on 22 October and 22 February, when the sun’s rays enter inside the Great Temple and illuminate the sculptures at the back wall of the sanctuary with the exception of the one of Ptah, the god of the Underworld. It is testament to the ingenuity of the ancient Egyptian architects.

Today the Great Temple with the 4 statues ofRamses IIand the smaller temple, dedicated toNerfertari, are both open to the public and are among the most impressive architectural sites to have survived antiquity.

The Abu Simbel pipe has been manufactured to celebrate the 200th anniversary of the rediscovery of the Abu Simbel temples by Johann-Ludwig Burckhardt in 1813.

Specially created for this edition, this exclusive Group 4 Quaint shape in Shell Briar finish is inspired by the pillars of ancient Egyptian temples and fitted with a Sterling Silver band engraved with the inscription Abu Simbel 1813 – 2013 and Old Egyptian symbols.

The pipe tamper, a miniature of a pharaonic column, is crafted from solid Sterling Silver and decorated with fine, very intricate details; it is housed in an impressive leather presentation box and accompanied by a book on Egyptian art and architecture and a limited edition certificate.

The edition is strictly limited to 200 units world-wide. 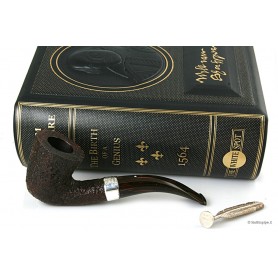 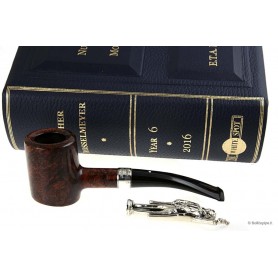 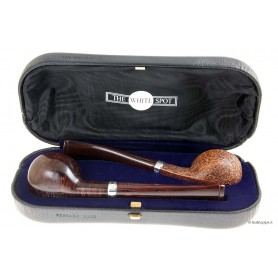 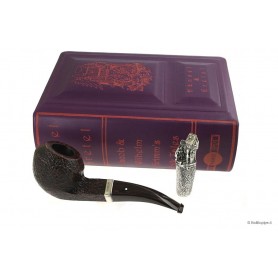 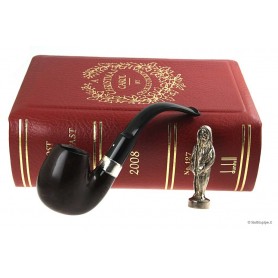 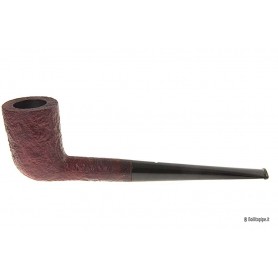